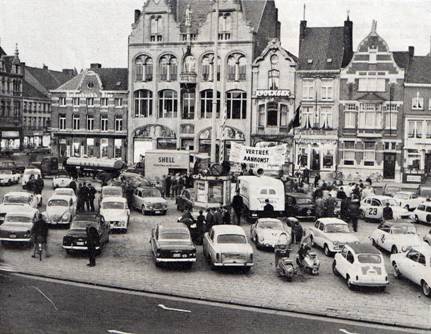 Automobile club Mid Flanders was founded in 1959 by a few motorsport enthusiasts from Roeselare. In this separate year the first Tour of Flanders took place. The rally cars then started from the Central Square in Roeselare. A rally in the first years only consisted of "Regularity" routes for which public roads were used. The competitions are mainly held at night to not disturb the other traffic.

In 1990 the rally centre moved to the EXPO Halls in Roeselare for the 31st edition. For the 50th edition, the rally cars returned to the centre of Roeselare where they used the Polesquare as a night park on Friday evening. On Saturday morning the competition started for the City Hall of Roeselare on the Central Square. Starting from the 50th birthday the car club earned to wear the title "Royal" (KAMV).

Due to the construction of a new swimming pool at EXPO Roeselare, the Tour of Flanders had to move to the Station square in Roeselare for the 57th edition in 2016. Starting from the 58th edition, the rally centre was housed around the roundabout at JB Motorsport on the Zwaaikomstraat in Roeselare. And again for the 60th edition this is "the place to be"!

City of Roeselare as hosting city

The city of Roeselare is in 2019 already for the 60th time the host city for the Tour of Flanders, the oldest car rally in Belgium. In addition to racing, Roeselare is also known for its love for cycling. The KOERS museum on the Polenplein is definitely worth a visit!

Albrecht Rodenbach gave his name to the famous beer "Rodenbach" which many rally fanatic look forward to during there visit to the rally. Roeselare, as the centre of the province of West Flanders, also manifests itself as a popular and progressive shopping city. The economic climate in and around Roeselare is one of the most flourishing of the coastal province. 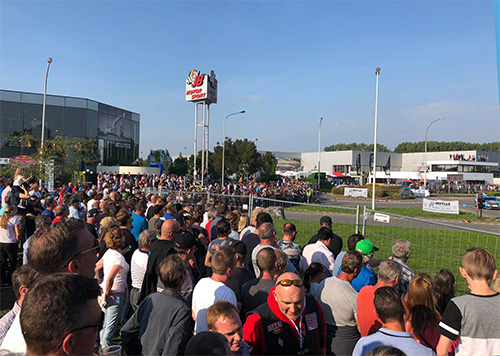 The renewed rally centre that was created for the 2018 edition will be retained. The formula where we want to centralize the service Zone - start KP Zoning - podium into one overflowing zone was positively received by participants - local residents - visitors.

Add to that the cosiness of a rally bar - lots of nice food stalls with a varied selection - music we can speak of an experience centre that is accessible for free during the match.