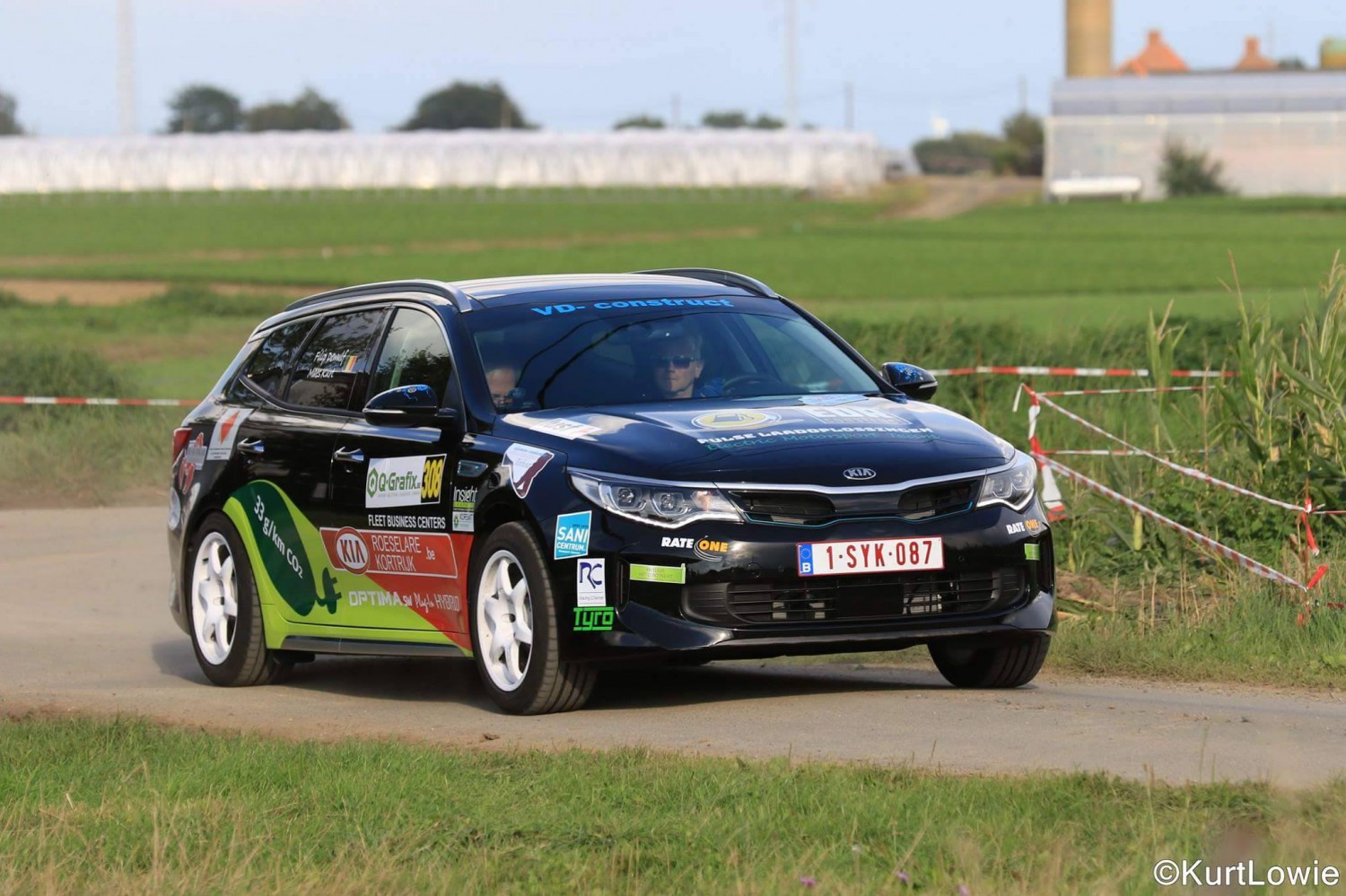 Like many Belgians, the competitors in the JobFIXers Belgian Rally Championship (BRC) are currently enjoying a well-deserved vacation. But they are already starting to think of the next round of the championship, the ConXioN Omloop van Vlaanderen, which is scheduled to take place on 6 and 7 September.

A regularity competition for electric, hybrid and hydrogen cars

The competition, based in Roeselare, is taking an important international step this year by joining the Tour European Rally and its 'Historic' variant. The event is also the framework for a future-oriented support act, the Sanicentrum E-Rally.

The organising club, KAMV, has been innovating with a competition for electric cars for several years with the E-Rally already in its third edition. The first steps in that direction may have come a little too early, but this year KAMV wants to make serious efforts to promote this new type of competition.

"Roeselare is one of the most important economic centres of East and West Flanders," explains the driving force of KAMV. "Many entrepreneurs, executives and other employees in the region drive electric cars. This competition is very accessible to them. The rules are much less strict than for the speed rally. It is a regularity rally, in which an average speed must be respected. The speed is never high: between 45 and 49.99 km/h. Because the speed is never higher than 50 km/h, neither a roll cage nor a safety harness is mandatory. You may thus take part with a standard car. The regularity tests are held on the completion stages of the rally, which means that the risks are very limited. For many traders and entrepreneurs, it is a fun way to show the dynamism and at the same time the ecological awareness of their company."

The Polenplein transformed into an 'eco village'

The participants in the Sanicentrum E-Rally do not have to worry about their autonomy. They will drive a total of 93.5 km against the clock and will break long enough to recharge the batteries (for the "fully electric" cars). Additionally, the competition is also open to hybrid and hydrogen cars.

The Sanicentrum E-Rally is held over one day, the Saturday of the event. The participants are given the honour to open the course, half an hour before their colleagues from the ConXioN Omloop van Vlaanderen. They run the five stages of the first loop and the five of the third loop, with a few hours in between to recharge. Another small difference compared to the speed rally: they only run one lap at the Passendale show, so the distance is limited to 13 km.

Charging during the second round will take place at the Polenplein, "the place to be" for the E-Rally, in the heart of Roeselare. The Polenplein will be transformed into a fully furnished as an "eco village". The public can test electric bicycles and other modes alternative powered transport, such as 'steps', Segway, etc.

The Sanicentrum E-Rally will have its own press conference on Thursday 5 September at 8 pm in the buildings of JB Motorsport. The administrative check is scheduled for Friday, September 6. On Saturday September 7, the start park will be open from 7 a.m. on the Polenplein, where the service park of the E-Rally will also be erected. The first cars will start on the podium from 8:00 a.m., before indulging in the trials of Passendaele, Houthulst, Zilverberg and Rumbeke, followed by the Zoning in Roeselare. The first round ends around noon. The participants then leave for a second, identical round at 5:00 p.m. The finish is scheduled at 9 p.m., followed by the award ceremony.

The detailed program, the rules of the competition and the registration form can be found on the website www.omloopvanvlaanderen.be.

When within a few years various championships, both in rally and on track, will be reserved for electric cars, it will be remembered that Belgium and, in particular, the Omloop van Vlaanderen was a pioneer in the field of ecological motorsport with its Sanicentrum E-Rally.