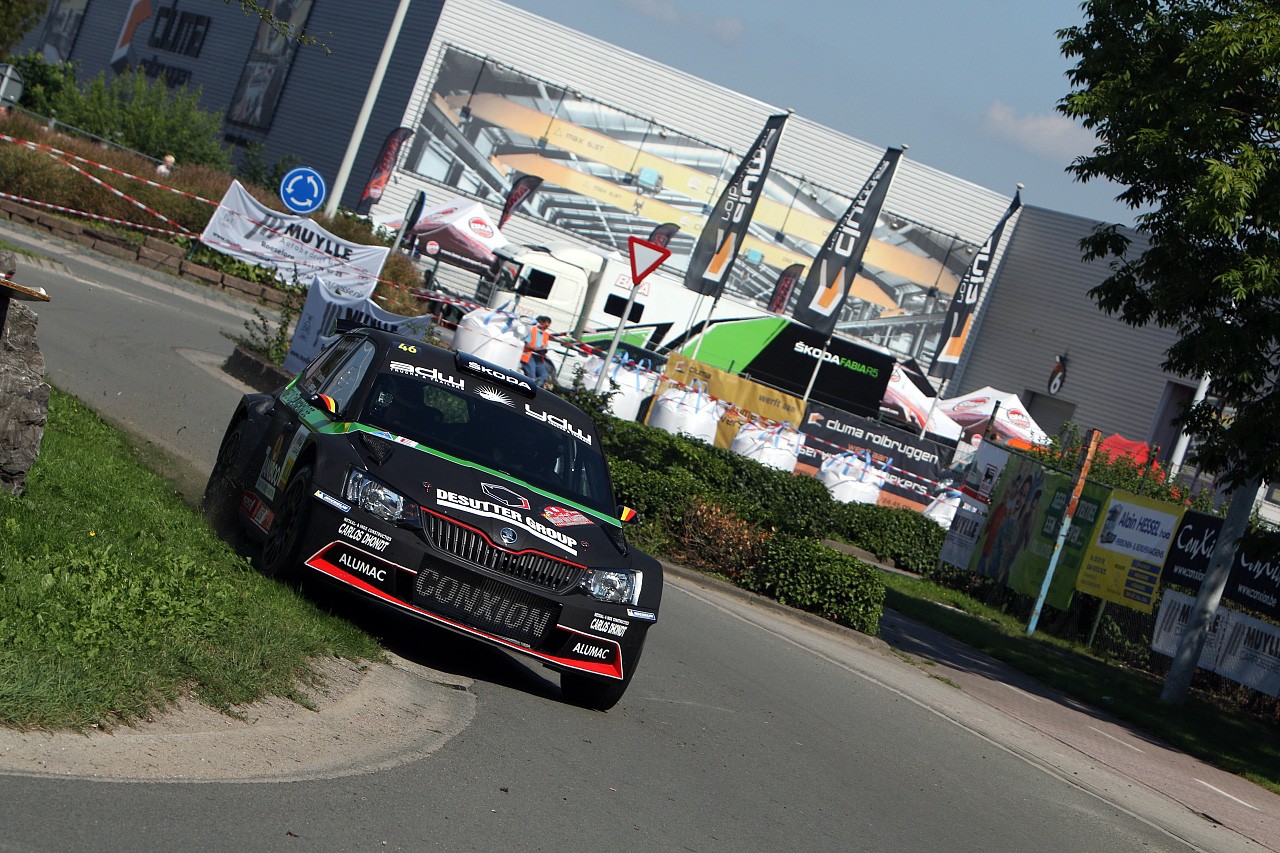 The route has been finalised and the rulebook is available

In about two months, we will be at the 60th ConXioN Omloop van Vlaanderen. An event that should put the Roeselare region on fire. The oldest rally in Belgium will not only be the seventh round of the JobFIXers Belgian Rally Championship and count towards the Historic BRC, the Criterium RACB and the M Cup, it will also be the only Belgian rally that counts for the European competitions 'Tour European Rally' and 'TER Historic'. The Flemish rally will finally also be a part of the Open Dutch Championship, the HRCR Rally Masters and the Mini Sport Cup. The program will be completed by the 'Porsche Event' and the innovating Sanicentrum E Rally for electrical cars.

Regulations and entry form are online

For these multiple confrontations to take place in the best conditions, the organisers of the KAMV have concocted a well-balanced programme, which will provide each participant with an amazing weekend. This programme as well as the regulations and the online registration forms are now available on the website www.omloopvanvlaanderen.be.

20 special stages on the menu

The most important competitions (the TER and BRC) of the ConXioN Omloop van Vlaanderen will take place over two days (Friday 6 and Saturday 7 September) and will consist of 20 stages in total.

On Friday, participants will have 5 stages and 35kms to go through. They will go twice through SS De Ruiter and SS Beveren and once through the Zoning. The first car will leave the podium at 17h30 and finish the day at 22h.

On Saturday, the participants will take to the roads at 8am already for 15 stages. They consist of 3 identical legs of 5 stages, totalling 164kms of stages. As such, the drivers will race about 200kms against the clock with a podium planned around 21h30.

The E Rally cars will load the cells on the Polenplein

The Criterium drivers will only complete 10 of the stages (first two legs of 5 stages) with a total of 109,6kms of stages. The participants of the E Rally will drive 93,5kms. They will do leg 1 and leg 3 on Saturday and charge their batteries in between on the Polenplein.

New: a test drive before the shakedown on Wednesday

For the first time on the ConXioN Omloop van Vlaanderen, the drivers will be able to fine-tune their car on a very nice piece of road that will be closed to normal traffic.

"We were authorised to organise a shakedown and a test drive on Wednesday 4 september in a village called Slypskapelle, part of Moorslede," explains Christof Seynaeve, vice-chairman of the KAMV. "The local pubs and restaurants helped us to convert Slyps into a cosy rally village. The service will be based in the village on Wednesday and the stage will start at the end of the service area. As such, everything is in walking distance. The stage will stretch over 5kms of roads and will be reserved from 13h00 till 18h00 for testing. Only a limited number of cars will be allowed. We want to give the teams the opportunity to really set up their car(s) properly for the roads of this 60th ConXioN Omloop van Vlaanderen. From 18h00 until 22h00, the stage will be used for the shakedown and will be available to all drivers."

We can only conclude that the organisers of the ConXioN Omloop van Vlaanderen are pulling out all the stops to please the participants. An enthusiasm that can only benefit the show put on for us, the spectators. Don’t miss it.

The Stages in Detail

SS De Ruiter has been made slightly shorter due to roadworks. There will hence be no gravel section this year. This stage is always a very difficult one at the very beginning of the race with very narrow and bumpy roads.

SS Beveren will get a new start but the 'Lust Arena' will remain. There will be ample parking available to visit it. Catering on the 'Lust' zone will allow you to get some energy while watching the show.

SS Zoning will be driven in the opposite direction of last year. The area until the roundabout will be freely accessible for everyone. The stage is just next to the service area, the podium and the rally centre.

SS Passendale has been modified a little bit compared to last year but remains the longest stage of the rally with 17,55kms against the clock.

SS Houthulst: unaltered. A fast stage for those who love seeing cars flatout.

KP Zilverberg is also unaltered. A very slippery stage with continuously changing grip. Probably the most difficult stage for the many foreigners.

SS Rumbeke: unaltered; a classic in the Omloop van Vlaanderen.

Regroups: this year, we will have two regroup areas for the participants. The first one will be near the Crest Farm Canadian Memorial monument in Passendale, the second in the centre of Roeselare.