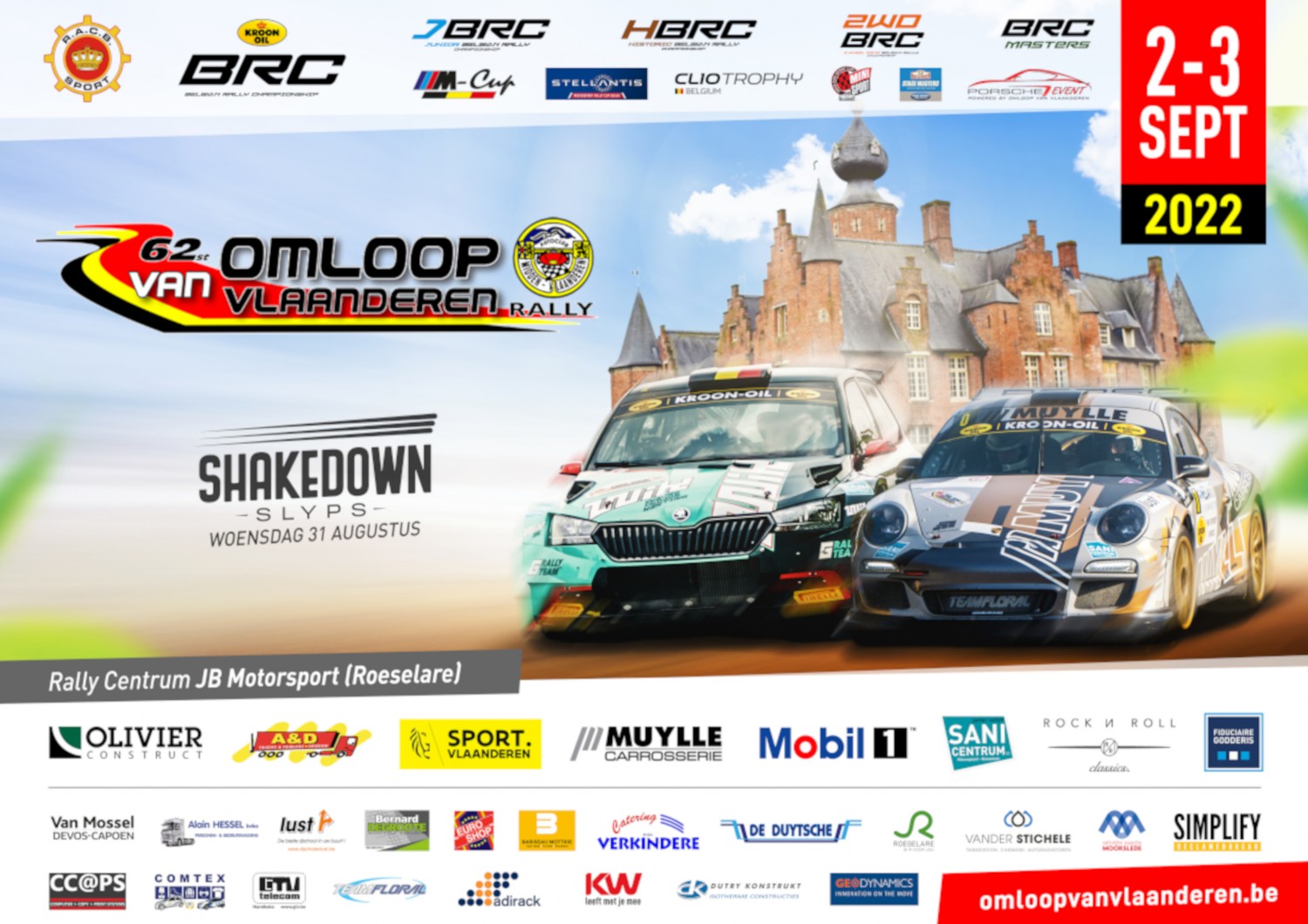 Poster
the 61ste edition, the Koninklijke Automobielclub Midden Vlaanderen (KAMV) took advantage of a new house style, with a redesigned poster as the showpiece that reinforces the link with the City of Roeselare. This year, the castle of Rumbeke is the centre of attention on the poster. This will be the campaign image of the next Omloop and will be seen in the streets soon.

"Our 60 employees, a group in full growth, will be seen on site in the coming weeks with the necessary promotional material. KAMV provides support at several competitions with an average of 30 employees and thus ensures a good, smooth and safe course at other competitions," says the organisation.

Stages
promised, the course will look radically different from last year. The tests Zilverberg, Passendale and even the Zoning will be adapted. Passendale will be a stage in line, but it remains a real eye-catcher with 16.79 km.

Five special stages await  on a compact Friday, and a further 14 stages on Saturday, good for 190 kilometres of racing against the clock. The starting shot will be fired on Friday evening at 17.50 hours. After a short night's rest, an intensive day awaits. By Saturday evening at 6.45pm, after the Power Stage at KP De Ruiter, we will know the winner of the Omloop van Vlaanderen.

The Omloop van Vlaanderen also introduces the Tyre Warming Zone, where drivers can warm up their tyres before the start of a special stage. The idea comes from the WRC. Drivers used to warm up their tyres during the connecting stages, which is not allowed. These new measures increase safety around the track for competitors and spectators.

Registrations
ingredients should ensure a tasty formula. Registrations will open on the 1st of june.