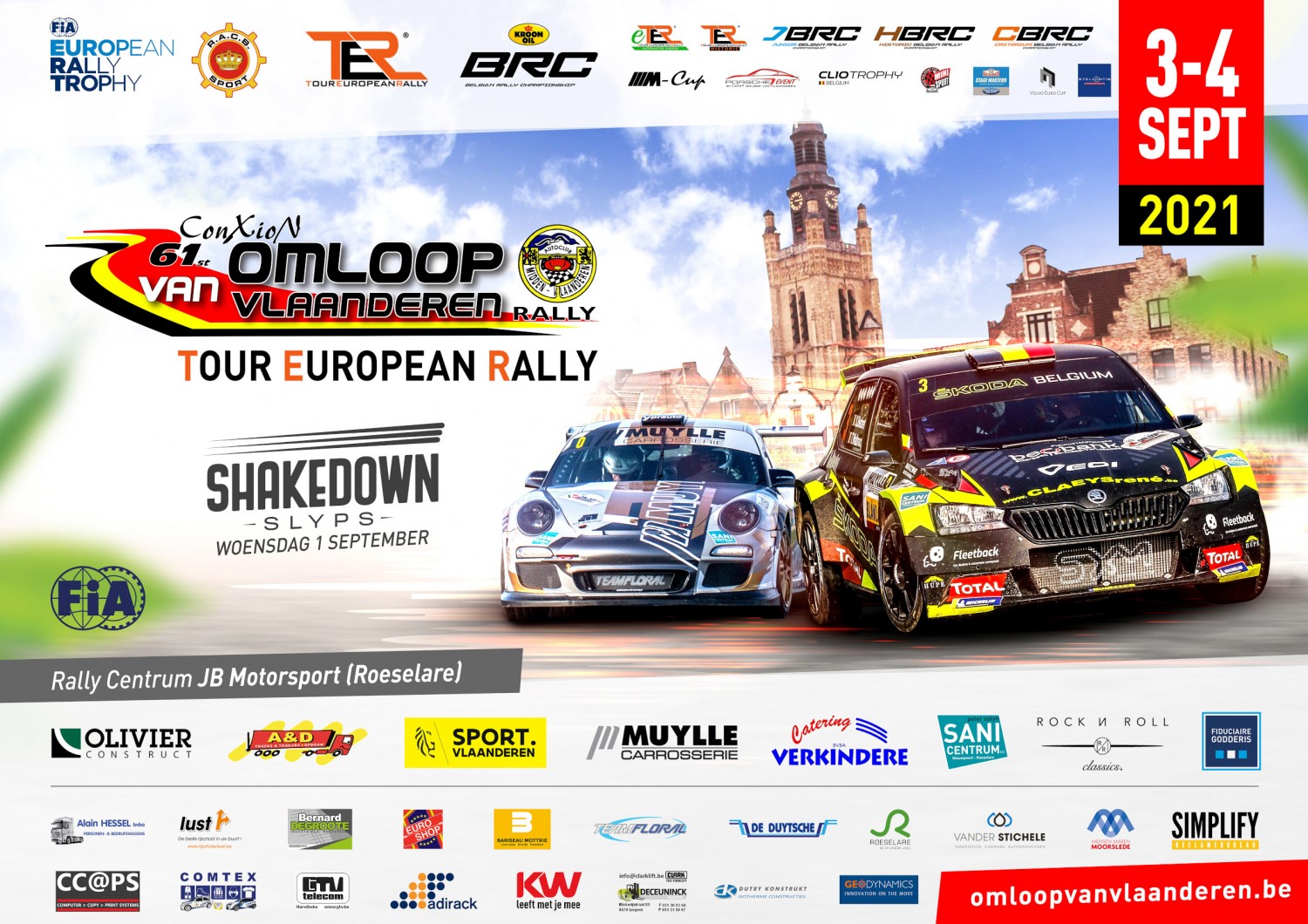 The 61st edition of the Omloop van Vlaanderen will be part of the European rally calendar, more specifically the FIA European Rally Trophy (ERT). The organisation recently received formal confirmation.

The European Rally Trophy is a competition divided over different regions all over Europe. The ten best drivers in their class in each region are invited to contest the final. This year's final takes place in Germany, at the Lausitz Rallye. The Omloop van Vlaanderen is part of the BeNeLux Rally Trophy and is the opener of the calendar where three rallies will count towards the final. For foreign drivers, this is an extra motivation to come to Roeselare to gather some extra points, but Belgian, Dutch and Luxembourg drivers will also be encouraged to get a result in the Omloop van Vlaanderen.

"This is more than just a bonus. The fact that the FIA ERT has chosen the Omloop van Vlaanderen confirms the good work and professionalism of our team," said the organisers. "This puts us on the European map and allows us to continue to grow and strengthen our international status. This selection brings us to a list of the very biggest rallies: such as the Italian Rally Sanremo, the Swiss Rallye du Valais, the British Ulster Rally and the Portuguese Rali Vinho da Madeira. All iconic rallies with a rich history!"

The preparations are still going extremely well and the sanitary situation allows to bring thousands of supporters to Roeselare soon, on 3 and 4 September. "We would like to thank the city of Roeselare and all the relevant services and partners for their constructive attitude. With the arrival of the FIA ERT, Roeselare will also be on the European rally map."