The first leaders of the TER and TER Historic are known 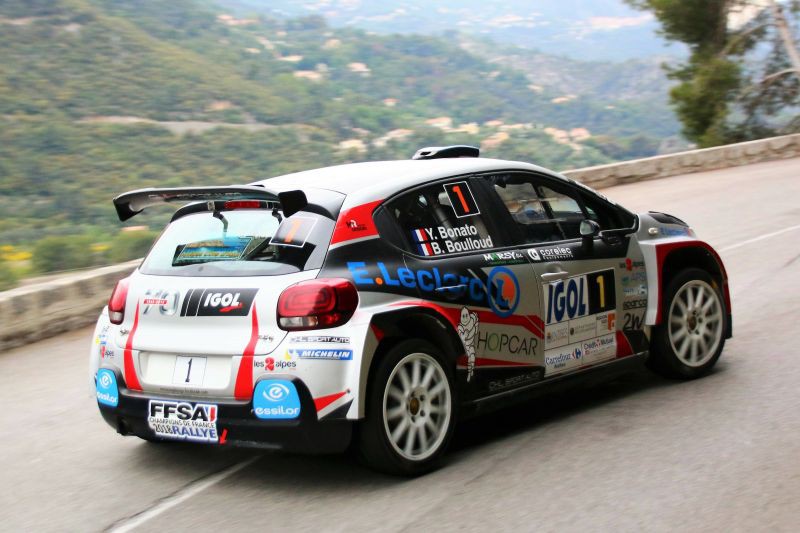 At the moment, all eyes are on the main event of the JobFIXers Belgian Rally Championship, i.e. the Renties Ypres Rally. Meanwhile, the entire crew of the Koninklijk Automobielclub Midden Vlaanderen (KAMV) is working flat-out on the preparation of the ConXioN Omloop van Vlaanderen, planned for 6 and 7 September 2019. The club from Roeselare wants to make this event one of the top three rallies in Belgium.

Sylvain Michel first of the TER competitors in Antibes

The ConXioN Omloop van Vlaanderen is the oldest road race of the country and will be the only rally of the BRC that will be taken in account for the TER (Tour European Rally), as well as for the oldtimers event, the TER Historic. The TER started on 18 and 19 May in Antibes. There was an amazing fight between the Citroëns C3 R5 of Frenchmen Yoann Bonato and Yohan Rossel. The latter won the event when Bonato, one of the biggest contenders for the TER, made a mistake on the very last stage. Their fellow compatriot Sylvain Michel won the TER category ahead of Bruno Riberi and Romain Haut-Labourdette, both from France, Steve Fernandes from Luxemburg (assisted by the Belgian Olivier Beck) and Stefan Göttig from Germany. All four driving a Skoda Fabia R5. Besides Yoann Bonato, two other contenders for the title went off: Nicolas Ciamin (Skoda Fabia R5) from France and the Belgian Joaquim Wagemans (Peugeot 208 T16).

The TER Historic’s calendar is not entirely similar to the one of the TER itself and started already much earlier this year. They actually already completed 3 rounds of the season. They had the Swede Anders Johnsen (Porsche 911), the Italian 'Zippo' (Audi Quattro) and the German Heinz-Walter Schewe (Porsche 911) as winners. With our fellow compatriot Frank Blondeel in the right seat, Schewe was the only man to score points in all three events. He tops the leader board ahead of the winners of the first two events and Timothy Metcalfe of Ireland. The next race will be the Omloop van Vlaanderen where we believe Carlo Mylle (4th in the Costa Brava), Tom Van Rompuy and Danny Kerckhof will want to prove their metal. The latter two did not score any points yet.

A delegation of the KAMV came to the TER and TERH in Antibes. "We met all the participants of the championship as well as Lucca Grilli, coordinator of the TER. The objective was to promote the 60th ConXioN Omloop van Vlaanderen. Earlier this year, we also sent a delegation to the Gaydon motorsports show where we met the British participants to the Mini Sport Cup and the Stage Masters Historic Rally Challenge. These two series will also make it to Roeselare. The participants of the different championships seemed to really have appreciated our visits to Antibes and Gaydon. So we will really get a large number of drivers from all corners of Europe at this year’s event," explains Christof Seynaeve, deputy chairman of the KAMV.

So better mark the weekend of 6 and 7 September in your calendars. Roeselare will be the place to be to celebrate the 60th edition of the ConXioN Omloop van Vlaanderen.

Intro picture: Yoann Bonato was the leader of the Rallye d'Antibes for the most of the race. (photo TER/Jeff Thiry)