Adrian Fernémont shoots to the lead 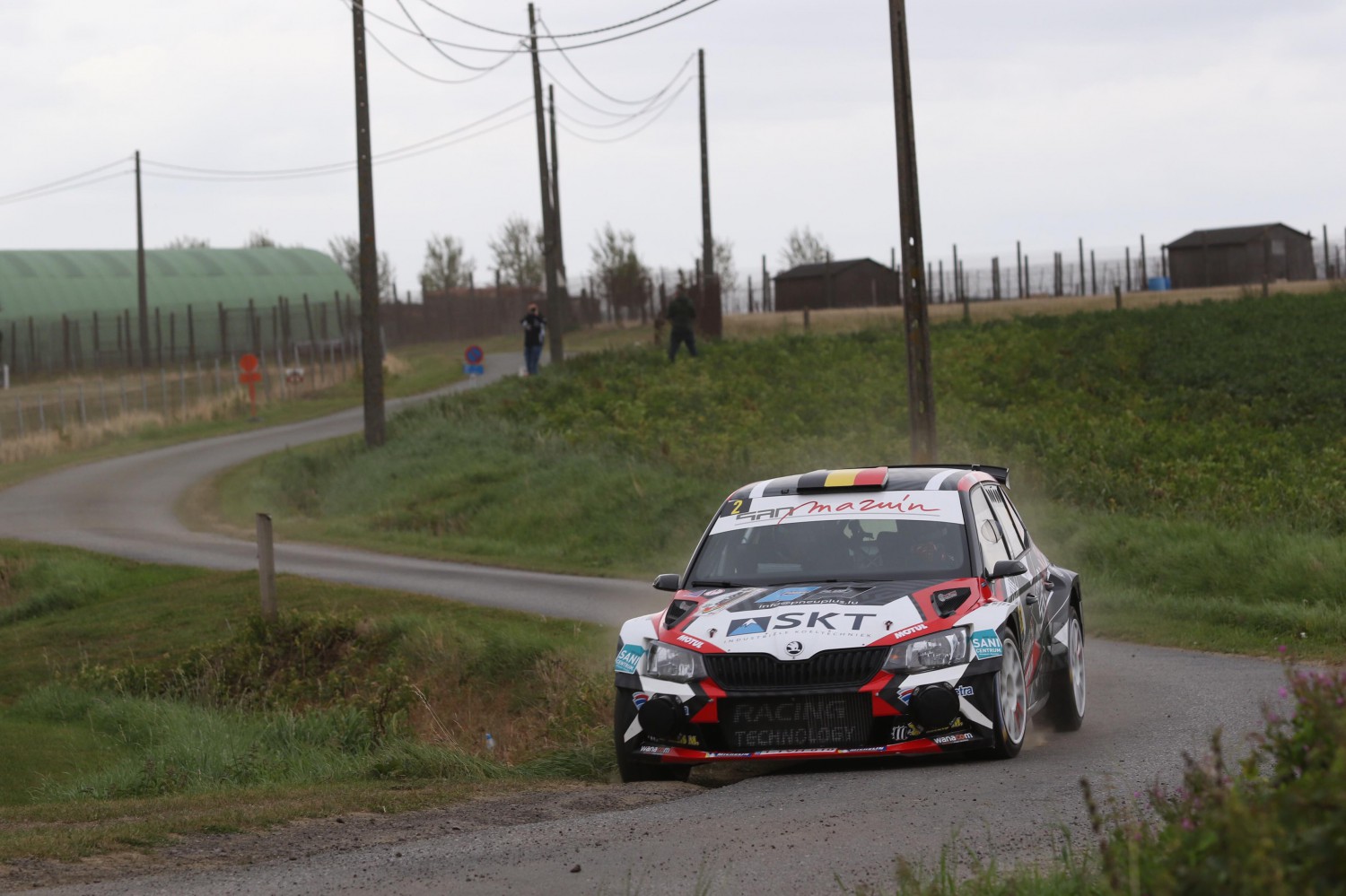 The weather seemed to have a positive change for the start 60th edition of ConXioN Omloop van Vlaanderen, but the competitors quickly came across rain. And it generated a new beginning, exciting and rich with twists. Four drivers shared the stage wins on the five specials that made up the evening’s program. Adrian Fernémont shot to the lead, beating Sébastien Bedoret by 1.9 seconds and Kris Princen by 2.2 seconds. Then Bedoret and Kevin Demaerschalk were the quickest on 8.2 km of Beveren, 0.8 seconds ahead of Fernémont, who remained leader as the crews returned to Roeselare for the first time. The rain seemed to increase before entering the Zoning stage, with all the competitors watching each other as there was a lot of hesitation on tyre choice.

"When it rains, I think we need to put the rain tyres," Lara Vanneste, Demaerschalk's co-driver, quite categorically said.

The passage on the Zoning showed the reasoning. Kevin was ahead of Niels Reynvoet who surprised by finishing second 4.5 seconds behind. Vincent Verschueren and the others conceded at least 5 seconds. Demaerschalk took the lead of the rally for 3.6 seconds ahead of Fernémont, but in the two following times he could not repeat...

"I lost time with a slow puncture," he explained in the late evening. "I probably made light contact in Zoning. I did not have a rain tyre in reserve, so I could not change the wheel. We reinflated the tyre before each special. But 3 km from the finish of the last stage it let go. I think we have certainly lost 15 seconds. The Fiesta is doing well in these difficult conditions."

Fernémont took the opportunity to take a second stage win at De Ruiter and take the lead by just at tenth of a second. He was only beaten by Verschueren on the last stage, where he finished the day with an 8.8 second lead ahead of Demaerschalk and a 12.4 second gap over Ghislain de Mevius.

"I made the bet to stay in slicks after the first loop and it worked," rejoiced Fernémont. "On the Zoning, I had to be careful but in the other two, I was really good, only Verschueren beat me in the last one when driving in rain tires. I like this course where you have to be very precise."

With third, Ghislain de Mevius was also delighted. "This is not my favourite type of rally but I appreciate the variety. I take a lot of fun in a very tight fight like this. Everything has gone well so far."

In fourth, Vincent Verschueren said he was relieved. "After the first loop, we noticed an oil leak, but we had to continue without assistance until the end of the day, I thought I would not get that far. At the start of SS1 I stalled the engine and we were in hard slicks, a disaster in the rain... Fortunately, the leak of oil was only the engine cap that was handled wrong."

After his stage win on SS2, Bedoret was hoping better than his 5th place at the end of the day, at 19.4 seconds of Fernémont. "The start of the rally was very good, despite the lack of grip on slick tyres," he explained. "But then we committed two mistakes when we went straight on. It's regrettable."

"The second, the most penalizing mistake, is my fault," admitted Thomas Walbrecq, the co-driver. "I did not see a peg as a marker and we braked too late."

One of the main victims of the evening however was Kris Princen, relegated to 7th position 23 seconds behind the leader. "The car is unpredictable," said the Limburger ruefully. ”Its behaviour is inconsistent. I cannot do anything. Even with the minimum boost, it's not right."

Kris is ahead of PJM Cracco, who could have been third, he had not spun in the last stage. Niels Reynvoet, ninth. He is the other positive surprise form the start of the rally. He said he was delighted to have achieved a second and a third best time.

Pieter Tsjoen (night vision problems) and Bob de Jong (who regretted staying in slicks) were less happy. And what to say that Patrick Snijers, eliminated from the SS2 by a puncture and a damaged rear axle. Despite two punctures, Andy Lefevere was the best Porsche driver in 12th place. Two places ahead Stefaan Stouf, leader in Historic, 13.9 seconds ahead of Bjorn Syx. 4th Historic, behind local start Paul Lietaer, Danny Kerckhof is actually leading the TER Historic, far away from Schewe.

If Bedoret was by far the highest ranked driver in the TER, Steve Fernandes was provisionally taking a good run in the title race, clearly ahead of Stephan Göttig. Timo van der Marel put his Opel Adam R2 between them, dominating the 1600cc category. He was ahead as usual Juniors, among whom Gilles Pyck and Tobias Brüls had a better start to the event.

This Saturday, 3 loops of 5 special, totalling more than 163 km against the clock, are still on program. It remains to be seen what the weather holds... 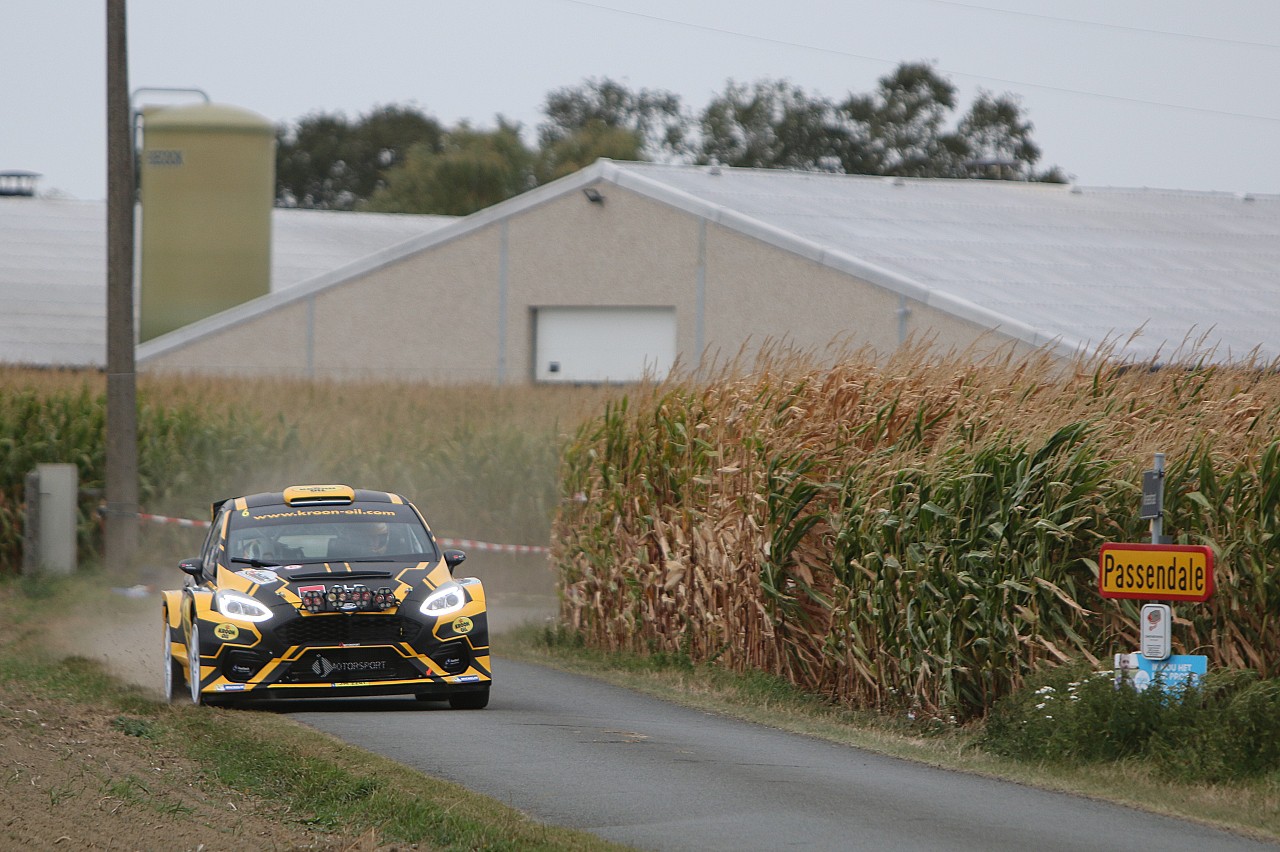 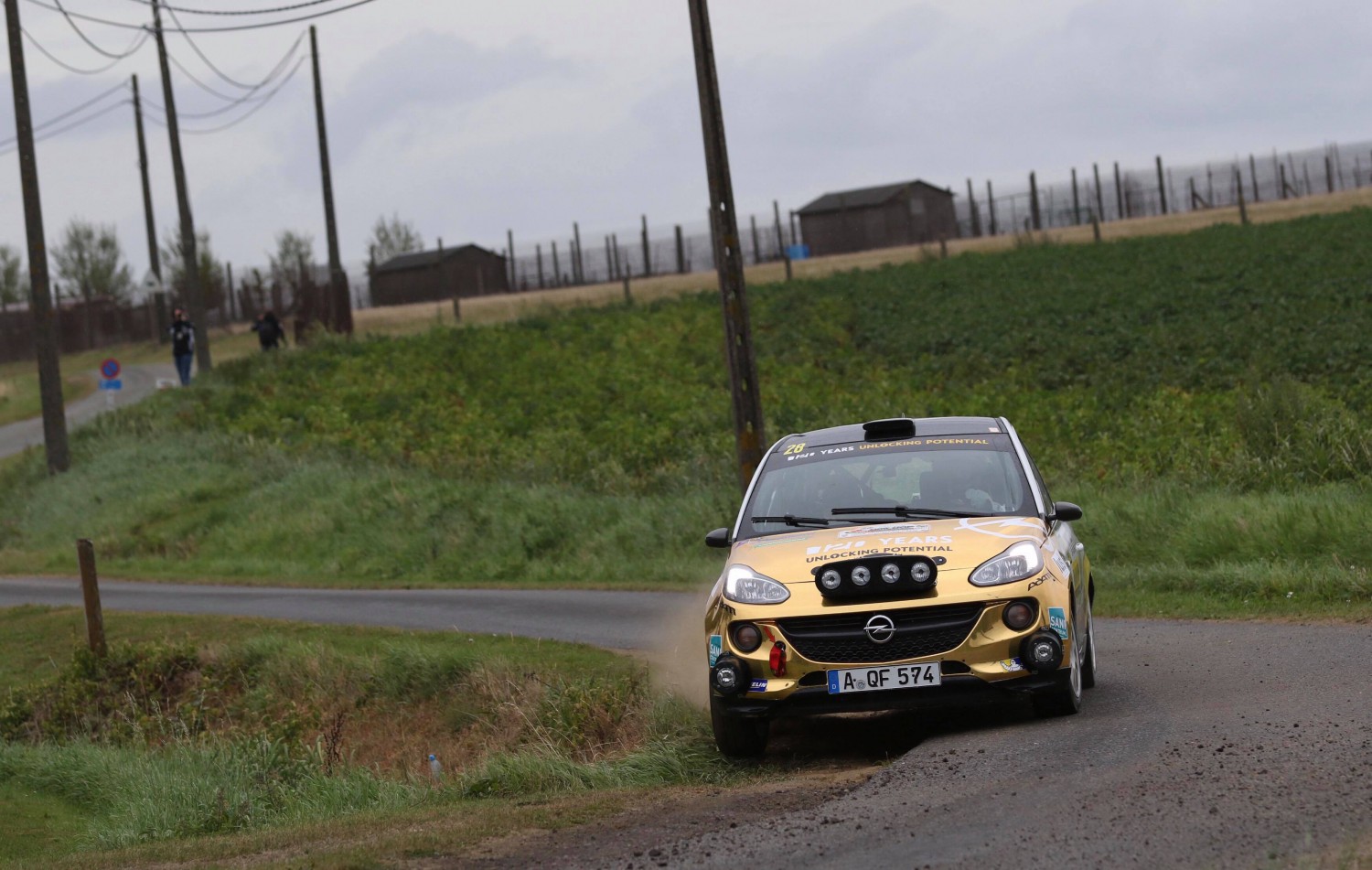