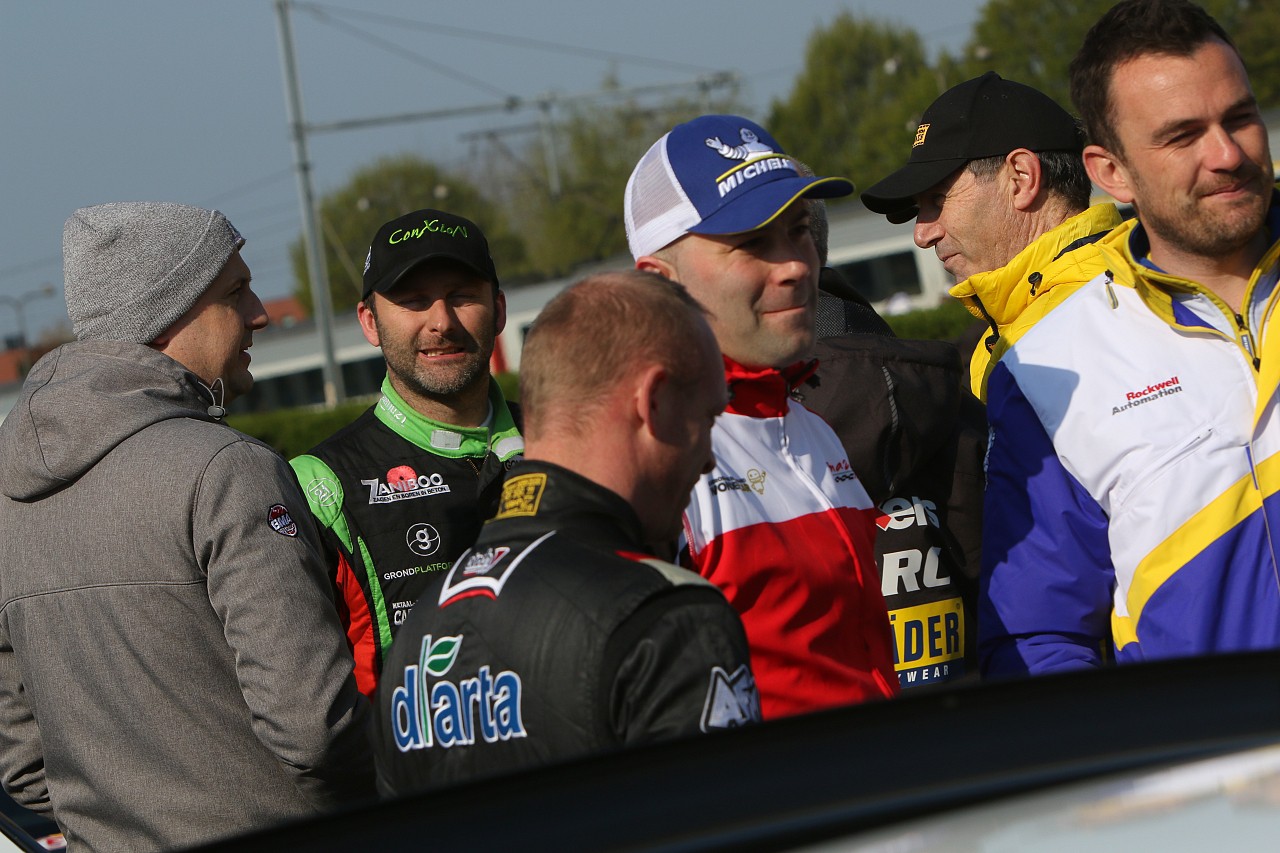 The start of the 60th ConXioN Omloop van Vlaanderen took place at 5.30pm as planned, under a slightly brighter sky than the afternoon. Of the 98 cars entered in TER / BRC, 85 finally took the start. Tomorrow Saturday, we expect another 35 cars in Criterium RACB.

Most of the non-starters are the result of mechanical problems (Cris Algoedt / BMW 1M, Guino Kenis / BMW M3, Nick Toorré / Ford Sierra Cosworth, Marc Maertens / BMW M3). For Philip Cracco (Skoda Fabia R5), it was a personal decision, as it was for the Italian Buscemi, who could have had a good result in TER2. Jens Maes (Opel Ascona) was injured earlier this week, while Valentin Vertommen (Ford Fiesta R2) did not provide an explanation. As for the young Jeroen Vanhoutte, he crashed out heavily during the tests on Wednesday with his Peugeot 208 R2. It is regrettable that the return to competition for Stephen Vankemmel on his Opel Ascona A failed to come to pass.

With the exception of Alex Allingham (Escort Mk2), the entire British contingent took the start including the 11 Mini drivers came to celebrate the 60th anniversary of the legendary British car. Though Trevor Hancock left his Mini to compete in a Triumph TR7 V8. A car that fans can reminisce over and that always provides haunting and beautiful memories.

Among the top drivers, we are looking forward to a first, since J-Motorsport has finally decided to place Kevin Demaerschalk and Lara Vanneste in the team’s new acquisition, a Ford Fiesta R5 Evo, instead of the Citroen C3 R5.

"The first contact with the Fiesta has gone well," Kevin explains. "The feeling is good but I prefer not to say too much before the first special stage.We will see tonight what it gives."

In the TER, the crews can register (free) at each event until the publication of the list of starters. The final count of 10 crews registered to score points in TER. To the two drivers entered for the year, Steve Fernandes and Stephan Göttig, were added Sébastien Bedoret, Pieter Tsjoen, Kevin Van Deijne and Steven Vergalle (all on Fabia R5). The drivers of the Peugeot 208 R2s Tobias Brüls, Gilles Pyck and Glenn Snaet, as well as Timo van der Marel (Opel Adam R2) all compete for the TER2 in conjunction to the BRC.

Remember that tonight, the competitors face the stages of De Ruiter and Beveren twice, with a first pass on the Zoning in Roeselare between the two loops. With the 35 km against the clock will the program quickly reveal a solid hierarchy?