The German Göttig takes up the challenge in the TER 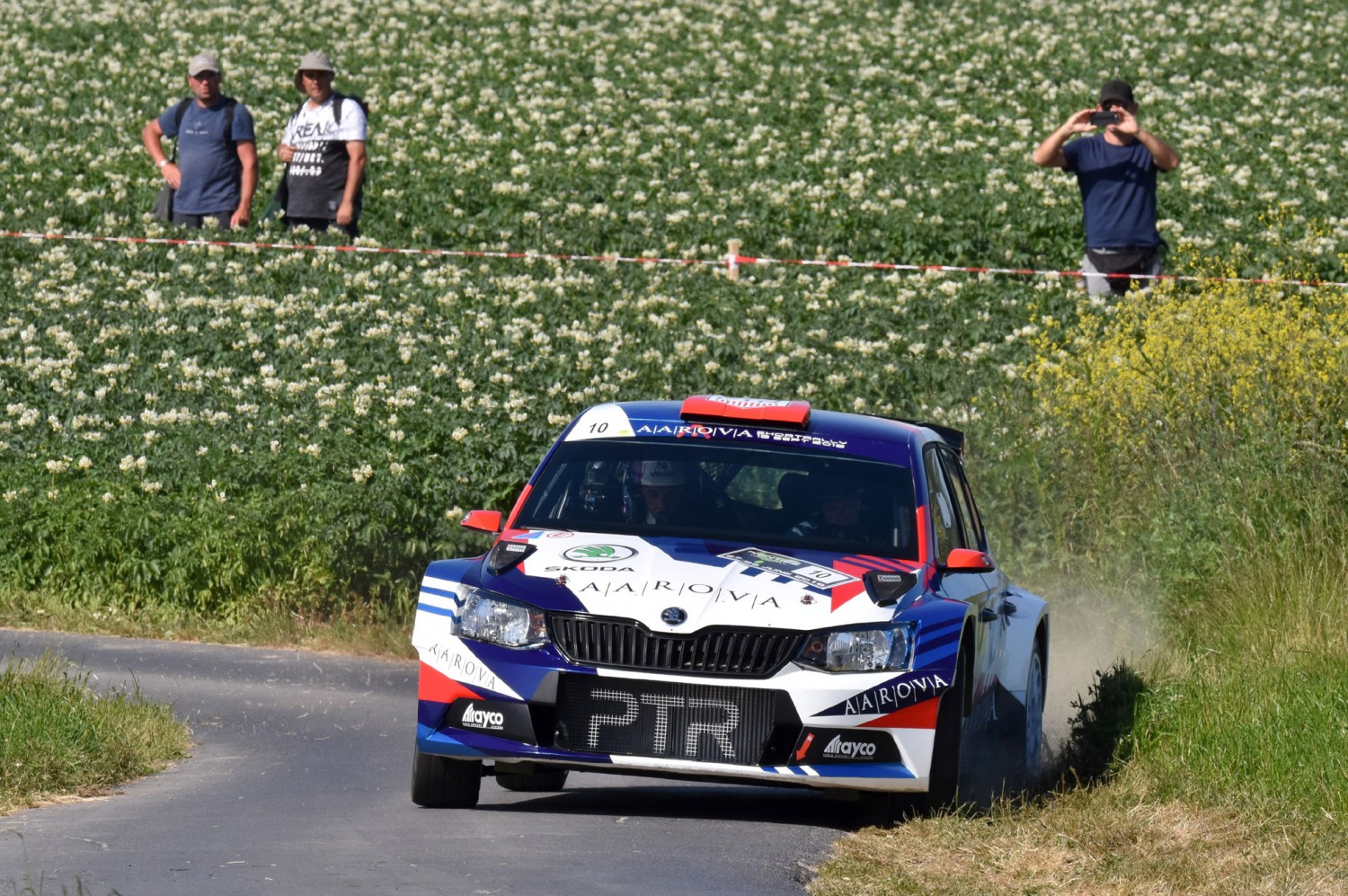 Pieter Tsjoen and Steven Vergalle at the start, but not together

Three weeks before the start, registrations for the 60th edition of the ConXioN Omloop van Vlaanderen, to be held on 6 and 7 September, are flooding in. With less than a week before the close, the 100-entry mark has already been passed.

The most recent big name added to the list is Kris Princen, who will as usually be navigated by Bram Eelbode. With his BMA prepared VW Polo GTI R5, the Limburger wants to repeat last year’s victory (with a Skoda Fabia). Princen will also be looking to strengthen his position in the JobFIXers Belgian Rally Championship but, undoubtedly, he will have to take into account Sébastien Bedoret, the official Skoda Belgium driver. Just a few days ago the latest gave a demonstration of his skills with the new Skoda Fabia R5 Evo in the Rally van Staden, taking all the best times in a rally that is similar to the Omloop van Vlaanderen.

There will be at least one more of the new Skoda Fabia R5 Evo present, with Roeselare record holder (8 victories), Pieter Tsjoen entering. Pieter's former navigator, Steven Vergalle, will also mark his comeback. But not as a co-driver. He will take the wheel of another Fabia R5.

The fight promises to be a fascinating one for the overall victory and the same can be said of the fight in the Tour European Rally. German Stefan Göttig, second in the preliminary standings, is looking to make up the slender, seven point gap to the Luxemburger Steve Fernandes. He will take up the challenge in West-Flanders with his Skoda Fabia R5. For the occasion he will be navigated by Michaela Alexy.

The only Belgian rally in the Dutch Open Championship will also be closely fought, because the two biggest title candidates are at the start. With Bob de Jong, leader in the Championship with the local co-driver Bjorn Degandt, we can count on the participation of a Hyundai i20 R5. Second in the standings is Kevin van Deijne, guided by Hein Verschuuren. He will be looking for his first victory of the season with his Skoda Fabia R5.

The British drivers have a long history in the ConXioN Omloop van Vlaanderen like in 1990 when Richard Burns came to demonstrate his young talent and took the victory in the Belgian round of the Peugeot 205 GTi Cup. Nowadays it is mainly gentlemen drivers who are active in the British competitions 'Stage Masters' and 'Mini Sport Club'. Yet, they are fiercely disputed competitions and the battle is spectacular.

For the first time this year a Japanese team with a Mini Cooper Mk1 is taking part in this Mini "Cup". Yoshinao Tsuchiya, the driver, has only driven the Isle of Man Historic Rally outside of his native Japan.

Two other Britons, Vince Bristow (Escort Mk1) and Tim Metcalfe (Escort RS1800) want to put themselves in the spotlight in the TER Historic. In fact Metcalfe may pose the biggest threat to German Heinz-Walter Schewe, the leader in the competition with his Belgian co-pilot Frank Blondeel. Then we have Phil Foster, with his Ford Anglia who will try to keep Pierre Jamin and René Beyers from winning in the smallest class of the Historic BRC. The crew of the original Daf 66 is in the top-five of the Championship and in the lead in class HC1.

It will be a fascinating battle at all levels in this 60th edition of the ConXioN Omloop van Vlaanderen on 6 and 7 September. As a reminder: registrations are still open until 28 August.